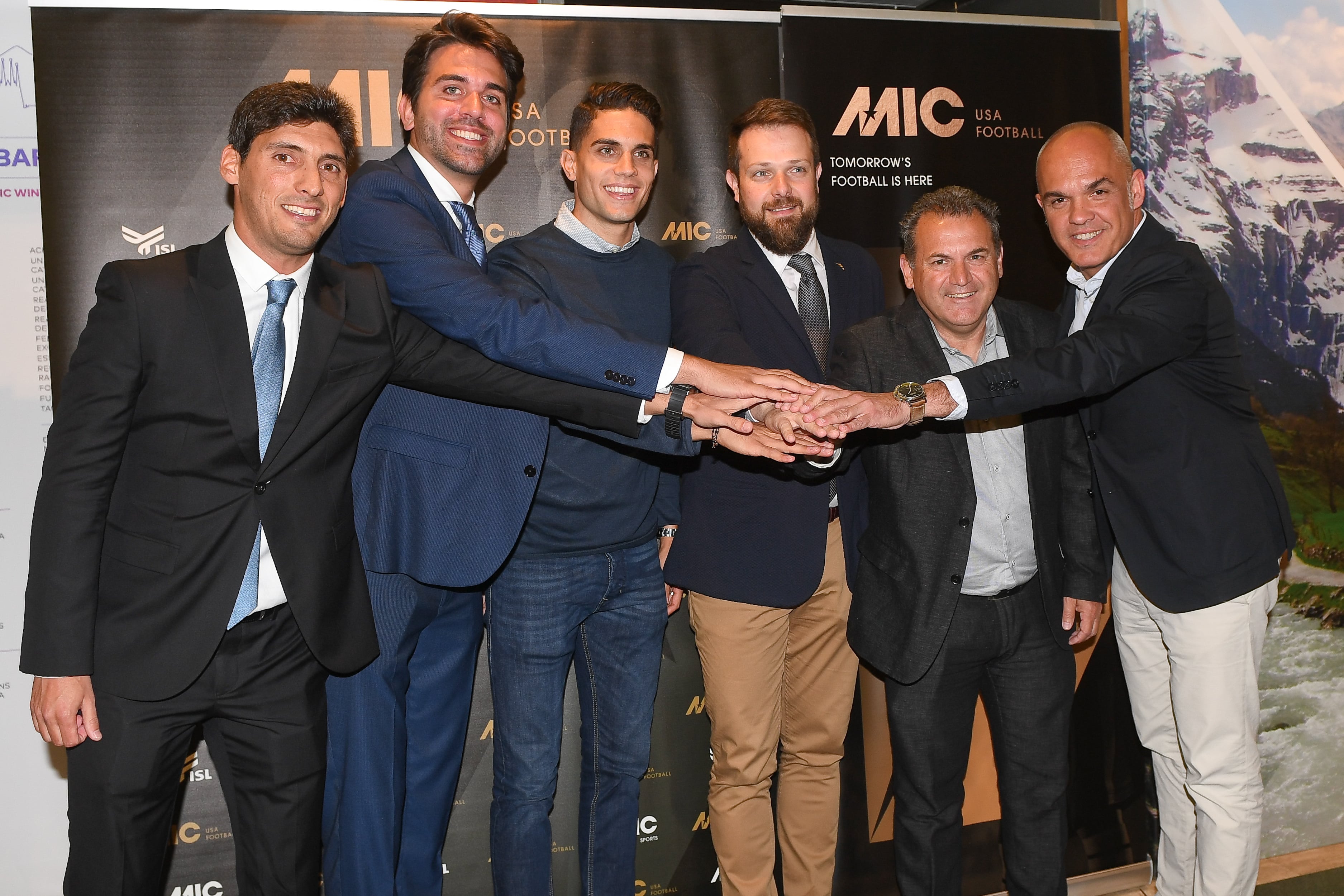 The MIC-Mediterranean International Cup will be expanding for the first time in the United States in November of this year with a new international soccer base tournament. Coinciding with the previous months of the 20th anniversary of the classic Costa Brava tournament, MIC and ISL will cay out this new competition which will be held in Florida, on the south-east coast of America.

The matches will be played between November 9 and 11 of this year in the Central Broward camps in Fort Lauderdale, located between the counties of Miami-Dade and Palm Beach. The forecast is that for three days more than 2,500 players from 120 teams – most of them Americans – of category U12, U14 and U16 male and female dispute more than 300 parties. Of the four categories and about 128 teams of the first edition, the intention is to grow little by little in order to arrive, in 2023, to the 14 categories and 450 sets. The winners of the MIC in the United States will have the insured ticket to participate in the MIC of the Costa Brava, which will be celebrated during Easter and by 2020 will reach the 20th edition.

This new tournament has emerged from the partnership between MICSports, a company specialized in the integral management of sports events based in Sant Cugat del Vallès (Barcelona), and ISL, a sports management and marketing company born in Barcelona and now based in Miami (United States).

The tournament has been presented this Thursday at the Colet Museum in Barcelona and has been attended by Marc Bartra, Real Betis Balompié soccer player and godfather of the new tournament. Catalan player, who played in the MIC in 2003 and 2005, explained that “it is an honor to sponsor the MICFootball USA, it is the way to attach the success of two companies in one and is the ideal time to bring the tournament to United States. For me, the MIC is the best international tournament, I was lucky and had the privilege of playing and winning twice against Manchester United and Real Madrid”. Bartra recalled that the MIC makes him have “goosebumbs” when he remembers that he won one of the finals playing with FC Barcelona with his brother Eric. The former Barça player encouraged future MIC players to “enjoy the tournament, that has evolved a lot”.

The presentation was also attended by Gerard Figueras, General Secretary of Sport of the Generalitat of Catalunya; David Bellver, President of the MIC; Juanjo Rovira, director of the MIC, and the founders of ISL Àlex Isern and Marc Segarra.

Gerard Figueras emphasized that “the experience and projects of the MIC are a success, it has taken a high international level. Now, a new project is born, the MIC is a success forged here with talent, project and enthusiasm; with the MIC USA, Catalan sports and business talent will be exported to the United States”.

David Bellver emphasized that “we take a step forward, we start a new project abroad after consolidating us in the local and national territory. In two years we have doubled the size of the company, welcoming new projects, and the 20 years of experience in the organization of events now leads us to bet on football in the United States”.

Àlex Isern, CEO and co-founder of ISL, explained that “MICFootball USA is the culmination of a relationship for years between two companies that have a very similar vision and values. For us it is a pride to bring the world’s best soccer tournament in the United States and we are convinced that it will be a benchmark for the American continent. “

Juanjo Rovira recalled the step “of the first edition of the MIC, in the Canary Islands, and now we are going to the United States. During the year we will be doing different acts to promote the 20th anniversary; We are very excited to see how the tournament has grown, now we have almost 400 teams”. The director of the MIC has pointed out that “the winners of the tournament in the United States will have a place for the MIC of the Costa Brava.”

Marc Segarra, managing partner and co-founder of ISL, added that “we strategically want to position the MIC as the most prestigious tournament for young people from the Americas. MICFootball has all the ingredients to achieve it: football in its purest state, talent, passion, prestige, professionalism and history.” For ISL, “it is an honor to be able to transfer these 20 years of experiences and emotions and continue contributing to the frenetic growth of soccer in the American territory.”

During the event, the new corporate image of MIC has also been shown, which wants to convey modernity (elegance with dry sticker letters), enthusiasm (golden color in search of excellence) and competition (with the star at the M emphasizing the events which welcome future cracks).

ISL, with eight offices around the world and collaborator of FC Barcelona, Xavi Hernández, and Nike

ISL is a sports marketing and management company that works with clubs, athletes and other world-class entities of first level. The company offers 360º management both inside and outside the field and specializes in the creation of experiences, marketing and production of events. ISL is based in Miami (United States) and has more than 100 workers in the eight offices that the company has in Spain, Costa Rica and the United States. ISL works and collaborates with FC Barcelona, ​​Xavi Hernández, Gatorade, Nike, Jonathan and Giovani Dos Santos, and MICSports, among others.

MICFootball and MICBasketball moves 10,000 people and has a return of 11,5 MEUR to the Costa Brava

In 2019 the MIC counted, in its 19th edition, with 35 headquarters in the counties of Girona, with figures that reached 900 matches, 6,550 players and up to 364 teams from 43 countries of the five continents. Among the many novelties, the inclusion of the video assistant referee (VAR) in the youth matches played in Lloret de Mar and in four finals in Palamós has been highlighted, as well as the increase in television broadcasts and the split of the youth category.

The MIC, which this year has once again counted with the Diputació de Girona, CaixaBank and LaLiga as its main partners, moves, along with the MICBasketball – third edition this year – more than 10,000 people between players, trainers, volunteers, parents and referees. According to the Economic Impact Study commissioned by the Costa Brava Girona Tourist Board, the MIC 2018 generated a return of over 11.5 million euros in the territory.